Posted on Tuesday, Jul 25 2017 @ 19:33 CEST by Thomas De Maesschalck
Several photos of the AMD Radeon RX Vega video card are floating around the web. One of the best photos was posted by HardOCP's Kyle Bennett over here. He says this is an engineering sample but that the final reference card product should look very similar. The card was loaned to him by ASUS for less than half a day or so.

Bennett reports they did a Radeon RX Vega FreeSync versus GTX 1080 Ti G-Sync blind test with some experienced Twitch streamers. The results of that test will be published later this week. On the HardForum, Bennett writes it was his decision to use a GTX 1080 Ti. AMD wanted him to use a GTX 1080. 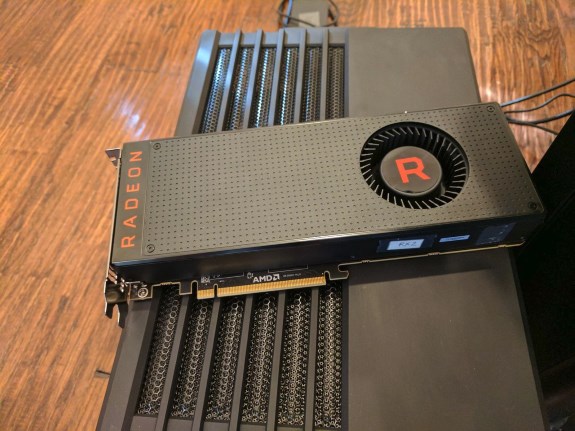