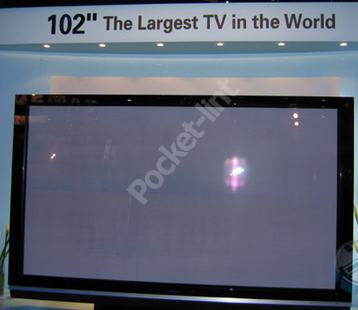 The biggest LCD TV was a 82-inch one with a response time of less than 8ms. It has a 1920 x 1080 resolution and 16:9 screen ratio. It supports 1080 progressive scanning and features a brightness of 500 nits (cd/m²), a contrast ratio of 8000:1 and 92 percent color gamut for the NTSC standard. It can also be used as a computer display because it is equipped with a HDMI port.