Posted on Tuesday, May 08 2018 @ 15:33 CEST by Thomas De Maesschalck
Corsair send out an e-mail about the launch of the SPEC-OMEGA RGB, a new mid-tower with an angular design, tempered glass front and side panels, and RGB LED light effects with a strip in the front panel and two Corsair HD120 RGB fans. The case is immediately available via Corsair's webshop for $149.99, you can get it in white and black versions. 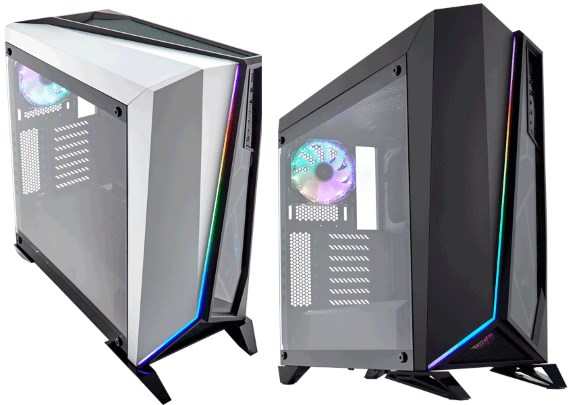 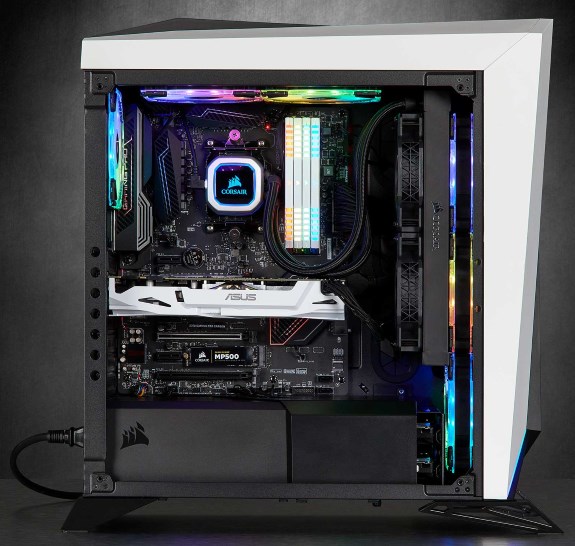 Available in either white or black, SPEC-OMEGA RGB boasts unmistakable asymmetrical design and tempered glass panels to the front and side, making it the perfect backdrop for 54 RGB LEDs of customizable lighting. There’s a lot more to see behind the sharp angles and lighting though; a new removable PSU cover and a wealth of cable tie-downs, routing holes and grommets make hiding cables and connectors out of view easy. SPEC-OMEGA is also built with maximum compatibility in mind, able to fit up to a huge 360mm liquid cooling radiator, such as that used on the CORSAIR Hydro Series H150i PRO, so there needn’t be compromises on parts when your building system. Created to show off, and light up, your PC, this is the ultimate SPEC.