Intel revealed the specifications of its first 9th Gen Core processors. As was revealed yesterday, these processors are still based on the Coffee Lake-S architecture. The chips aren't officially released yet, but should be expected in the near future. Overall, it looks like the new parts have 100-200MHz higher Boost clockspeeds at the same TDP as the 8000 series predecessors.

The new series were not added to Intel’s Ark, which is considered a confirmation of a product launch. The new SKUs can only be found in Microcode Update and June 2018 8th Gen Core Family update. What this means is that the products are not yet *released*. They are however present in official documents, thus they are confirmed. 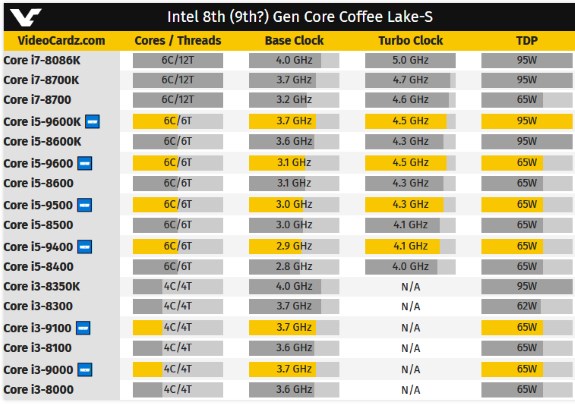