NVIDIA is expected to introduce its next-gen GeForce cards about two weeks from now, at a special GeForce event at Gamescom. In the meantime, some photos of what appears to be the reference model of the GeForce GTX 2080 (or GTX 1180) hit the web.

The photo shows just the PCB, it doesn't have the actual GPU or any memory chips. The board number is PG180, it has certification logos and features NVIDIA branding. Based on the configuration, it appears the GTX 2080 will either get 8GB or 16GB of GDDR6 memory.

The photos present a new card that will sport either 8GB or 16GB of GDDR6 memory. The card has 10-phase VRM powered through 6+8pin power connectors (the 6-pin might be optional). For comparison, the GTX 1080 has only one 8-pin connector. 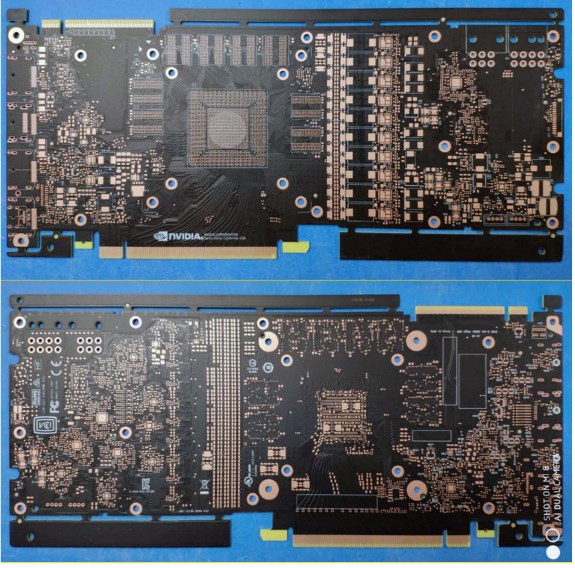