The ATC800 measures 139mm x 107mm x 163mm and weighs a whopping 1.01kg. It's rated at 200W TDP and supports Intel LGA115x/LGA2066 and AMD Socket AM4 processors. Gigabyte says the cooler offers good compatibility with RAM modules thanks to 37.mm of clearance to the memory module installed closest to the CPU socket.

Special features include RGB LED lighting in the two fans as well as a top-plate with an RGB LED diffuser. All three RGB LEDs can be controlled via a single 3-pin RGB header. 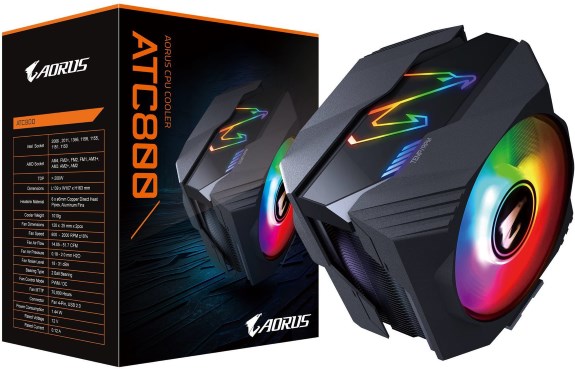