Exclusive photos of the AMD Ryzen 7 2700X 50th Anniversary Edition processor appeared on VideoCardz. This new collector's edition as well as some other 50th anniversary editions like a Radeon VII are expected to ship next week.

The Ryzen 7 2700X 50th Anniversary Edition is pretty much identical to the regular retail model. The frequencies don't seem to have changed, the only difference is a new packaging with black an gold colors, and a laser etched signature of AMD CEO Lisa Su on the processor's IHS. 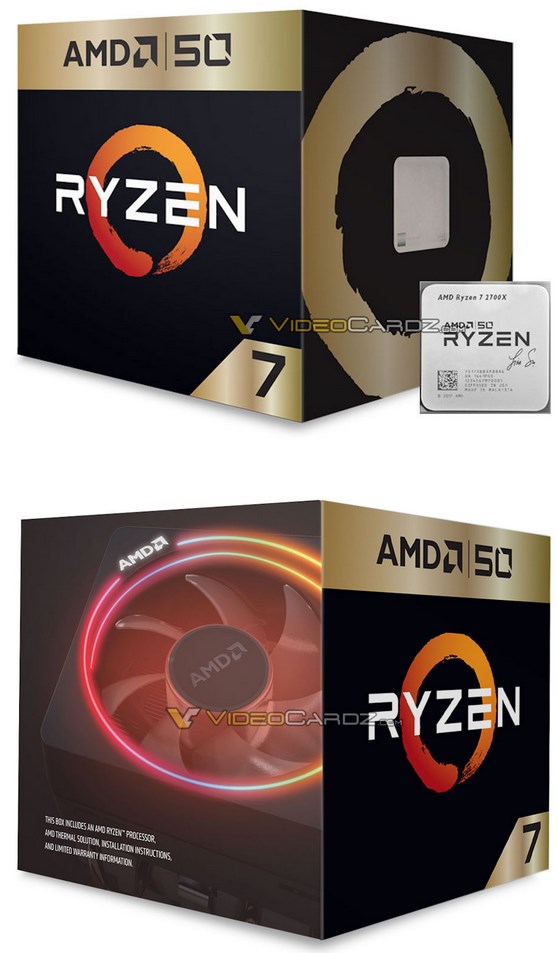