Posted on Monday, Sep 02 2019 @ 10:38 CEST by Thomas De Maesschalck
Photos of the ASROCK Radeon RX 5700 XT TAICHI OC+ found their way to VideoCardz. This model is expected to hit the market soon but the exact availability and pricing are unknown.

The card has a 2.5-slot design with a triple fan cooling solution and a backplate with a similar design as the X570 Taichi motherboard. The middle fan and the side of the card feature RGB LED illumination and the card is equipped with two 8-pin PCIe power connectors. One of the special features is that the Taichi OC+ has four DisplayPorts as well as two HDLI ports:

Let’s start with the most distinctive feature of the Taichi. ASRock has put four DisplayPort and two HDMI connectors on the card. This is either to gain the interest of virtual reality gamers or Taichi is aiming at multi-monitor productivity. Such display connectivity configuration is not very common for consumer graphics cards. A good competitor for Taichi would be one of Gigabyte’s AORUS cards, which usually offer three DisplayPorts, three HDMI connectors and also a VirtualLink. 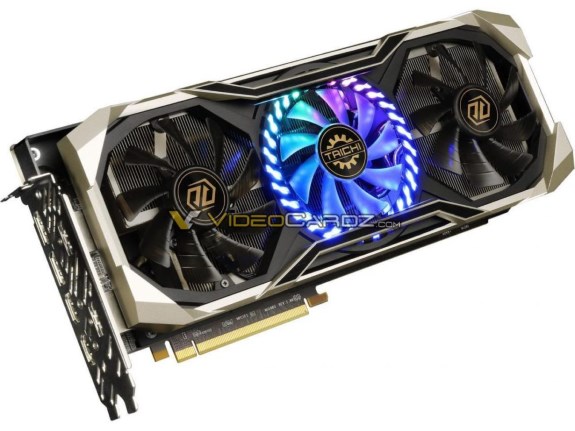