Posted on Friday, Nov 08 2019 @ 13:27 CET by Thomas De Maesschalck
Gigabyte is the first manufacturer to send over details about its TRX40 AORUS motherboards. These motherboards are designed for the upcoming third-generation Ryzen Threadripper processors, they will ship soon.

“GIGABYTE has worked closely with AMD since the start of the development of 3rd Gen. AMD Ryzen™ Threadripper™ Processors and the TRX40 chipset to develop a series of motherboards that capitalize on the full potential of this enthusiast-grade platform,” said Jackson Hsu, Director of the GIGABYTE Channel Solutions Product Development Division. “3rd Gen. AMD Ryzen™ Threadripper™ Processors continue to build on the huge success of the groundbreaking line of CPUs and our boards feature some of the most impressive power and thermal designs to fully unleash the power of these CPUs. We’ve also upgraded our PCIe design so users can enjoy true PCIe 4.0 performance at its best.”

First Class Performance
To extract the best performance from the 3rd Gen. Ryzen™ Threadripper™ CPUs, TRX40 AORUS motherboards boast some of the most impressive power designs on consumer motherboards. Select boards feature a 16+3 direct digital power design with all Infineon components. With a direct power design and no doublers used, the motherboards have lower Vcore ripple and higher power efficiency compared to motherboards which adopt a traditional parallel power design. Each phase in the power design is capable of holding up to 70A, for a total power output of 1330A. Raw power aside, the abundant phase count also improves the load balance so that the phases aren’t overworked and generating excess heat, which can be detrimental to the board’s durability. 2X Copper Low-Loss PCB design on the TRX40 AORUS motherboards also allows for superior overclocking as it provides a solid amount of power trace paths between components so that the boards can handle greater than normal power loads. This design also removes excess heat from the critical CPU power delivery area, which is essential for successful overclocking as it ensures the motherboard is capable of handling the increased power loading.

First class power designs demand first class thermal solutions and the TRX40 AORUS motherboards are stacked with the some of the most advanced cooling technology to ensure that performance is never compromised by inadequate heat dissipation. The boards feature Fins-Array Technology with a stacked fin heatsink design which increases heat dissipation surface area to offer 300% more cooling compared to traditional heatsinks. Select boards feature a Nanocarbon baseplate which is made with aluminum instead of steel, tripling thermal conductivity. A thin layer of Nanocarbon is coated on the backplate for enhanced thermal radiation capability. On the flagship TRX40 AORUS XTREME, the 8mm diameter heatpipe provides superior cooling compared to the standard 6mm diameter heatpipe as its 30% diameter increase allows it to transfer a great amount of heat in the same time period. TRX40 AORUS XTREME’s I/O armor is also made with aluminum much like its Nanocarbon baseplate and is connected to the Fins-Array to bolster heat dissipation around the MOSFETs. A 5cm ball bearing silent fan and a multilayered TRX40 heatsink with Fins Array heatsink keep the chipset cool and quiet while operating optimally. Users can select a fan profile tailored towards performance or quiet settings. The 5cm ball bearing silent fan deactivates when the system is idle.

Need For Speed
With twice the theoretical bandwidth of the previous generation, PCIe 4.0 ushers in a new era of performance. TRX40 AORUS motherboards are PCIe 4.0 ready and designed to minimize impedance so that users can utilize their PCIe 4.0 devices at their full potential and enjoy true PCIe 4.0 performance. The PCIe 4.0 re-driver on the TRX40 AORUS motherboards strengthens the PCIe 4.0 slot signal for up to 3.3x stronger slot stability compared to PCIe 3.0 while the 2X Copper Low-Loss PCB minimizes the dissipation factor up to 4x lower compared to standard PCBs to prevent signal loss. The PCIe 4.0 slots are also reinforced with Ultra-Durable armor to support bulkier graphics cards, maximizing durability. Workstation users seeking superior rendering and graphical performance can utilize the 4-way dual-width PCIe slot configuration to install up to four, dual-width PCIe cards and set up impressive multi-graphical configurations that best suit their builds. The dual-width PCIe slot configuration offers adequate clearance so that multiple devices can be installed without crowding the area.

The AORUS Gen4 AIC Adaptor is included with the TRX40 AORUS XTREME and TRX40 DESIGNARE models and enables both PCIe 4.0 and 3.0 performance. It comes with four NVMe PCIe 4.0/3.0 x4 M.2 slots so users have awesome flexibility for storage device setups. Users can install their own M.2 SSDs with the AORUS Gen4 AIC Adaptor and configure a RAID 0 Array with a single click for impressive storage performance! GC-Titan Ridge AIC Card is bundled with the TRX40 DESIGNARE and offers ultra-fast transfer speeds up to 40Gb/s and support for up to 3 devices for each port. Users can daisy-chain up to 6 devices with the dual USB Type-C™ ports.

Ultra Fast Connectivity
TRX40 AORUS motherboards feature highly versatile network connectivity setups for users. The flagship TRX40 AORUS XTREME features a pre-mounted, server-class Intel® X550-AT2 chip for Dual 10 Gbe LAN to offer 10x faster wired connectivity than that of a Gigabit port. The Dual 10 Gbe LAN setup utilizes link aggregation for higher bandwidth, offers higher fault tolerance with its two independent connectivity links as a failsafe, and allows users to set up both internet and intranet configurations. With the intranet configuration, users can set up a home network or link their PCs to a NAS. To go along with that, the board also comes with WIFI 6 (802.11ax) for gigabit wireless performance and offers 5.5x higher throughput compared to the 802.11ac 1x1 standard. The wireless connectivity is not only faster than standard wireless connections but also gets the job done with its 4x better network capacity and works effectively even in dense areas with lots of devices using WIFI. The dual band antenna supports higher signal gain and has 2x the signal strength compared to standard antennas. The antenna design also comes with multiple angle tilt and a magnetic base which makes it flexible for many different setups. TRX40 AORUS MASTER comes with AQUANTIA 5Gbe LAN which provides up to 5GbE network connectivity, 5x faster than a standard gigabit port.

Superior User Experience
GIGABYTE’s attention to detail not only applies to its hardware but software as well. With a focus on the user experience, GIGABYTE has completely redesigned its old BIOS in favor of a newer, more intuitive BIOS with better user options and tools for experienced as well as novice users. The new Easy Mode displays important information on CPU clock rates, memory, storage devices, fan information, and more, making it easily accessible to users. New items can also be added to the list or to the user’s favorite list. All changes to the BIOS settings are listed before saving so users can confirm all adjustments before proceeding with the changes. Cable management has never been easier as the board offers right-angled pin connectors to prevent the clunkiness and general inconvenience of standard pin connectors. Not only do right-angled pin connectors make cabling much more convenient but they also improve the airflow in the chassis. 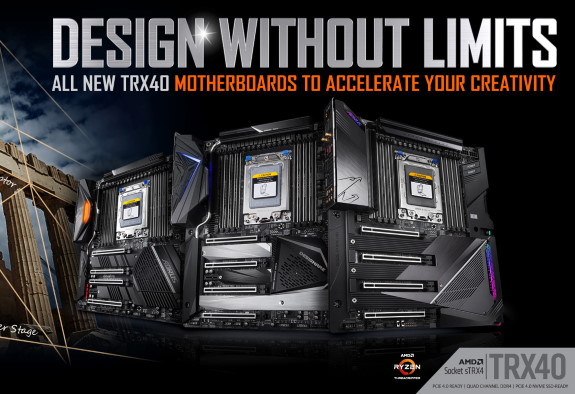