At the company's 2020 Financial Analyst Day, AMD showed its Radeon roadmap. Towards the end of this year, we can expect the first GPUs based on RDNA 2. This new GPU architecture will offer a 50 percent performance/Watt improvement, similar to what RDNA delivered over GCN, support for real-time ray tracing, variable rate shading support, and other, undisclosed features.

AMD says RDNA 2 will have logic enhancement to reduce complexity and switching power. There will also be physical optimization to allow higher clockspeeds. These parts are codenamed Navi 2X.

The Radeon GPU roadmap also shows RDNA 3, this architecture is slated for 2022 and will be made on an unnamed "advanced node". RDNA 3 is codenamed Navi 3x. 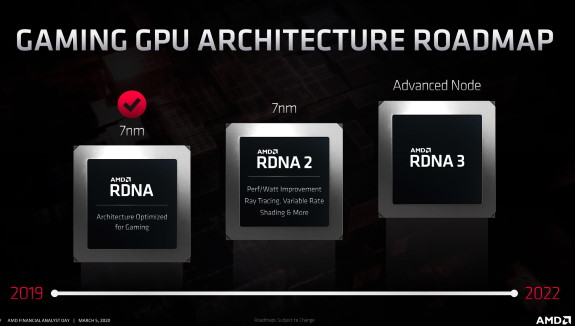 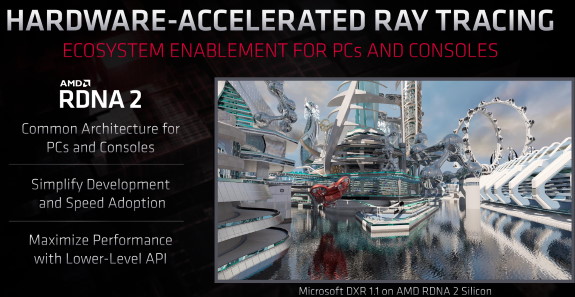