A bunch more Intel Comet Lake-S leaks were posted by Spanish tech site HD Tecnologia. VideoCardz has a nice summary with the pricing and specifications of the Comet Lake series, which is expected to be out later this quarter.

An announcement from Intel is expected tomorrow, with retail available about a month later. Comet Lake-S will be another 14nm part but it will use the LGA1200 socket and will require a Z490 series motherboard. 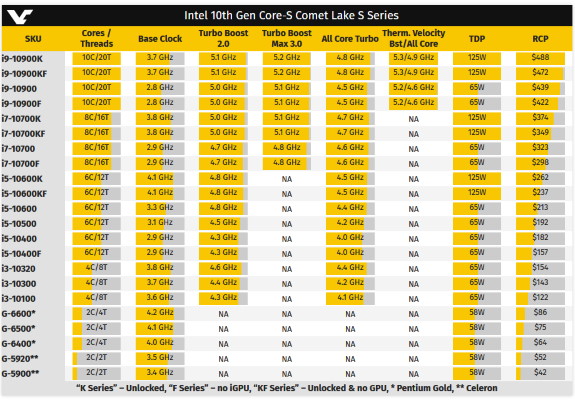