Gamers, Up Your Security Game

Posted on Friday, Jun 26 2020 @ 14:56 CEST by Thomas De Maesschalck
2019 was a big year for Zynga, the mega social gaming developer. It was expected to grow to $920 million, which is a staggering figure in this industry. It also happens to be the year in which the group mentioned a security breach. The breach was downplayed, but an inquiry found that the seemingly low key breach was more than that. It affected nearly 200 million players, and the threat was inside games such as Words With Friends. Gamers would need to take their security measures further to remain safe.

Keep Track Of Your Permissions
Signing in with your Google or Facebook account is simple and fast, and in many instances, affords accessibility to special in-game access that a regular game registration might not allow. It also allows you to perform in-app purchases faster. The danger in this is that your information is readily available to hackers. If you log in through an existing social media account, not only is your password compromised, but it may also affect personal information, such as your security questions and stored payment information on every app that uses that same login. If you’ve used one account such as Facebook or Google to log into different apps, it’s important to remove those permissions when you’re no longer using the app. You may also want to consider using a different password for each app. While this may seem like a no-brainer, there are surprisingly few people who keep their passwords separate.

Up Your Physical Security Measures

Your rooter, printer, cellphone, laptop, smart TV, smart fridge or smart washing machine can be linked to the same network for ease of use. This all seems great until you realize that the more gadgets you add to your home network, the more compromised it becomes. IT consulting can point out network weaknesses and assist with the securing of a home network. Any time a new gadget gets added to the network, it’s important to update the security measures. A simple script can allow hackers to gain access to even seemingly secure networks, such as the 2018 hack where 50,000 printers were compromised in an effort to raise awareness for YouTube sensation, PewDiePie. The hack might have only resulted in the printing of an obscure note, but for gamers, it can mean losing a valuable avatar or gaming profile.

Upgrade And Update Regularly
While it’s a no-brainer to update your security software, many users forget to update their operating systems. Imagine putting off a regular software update, only to have it lead to a compromise in security. 2019 was a terrible year for Baltimore as it faced a debilitating hack caused by its own apathy. Outdated Microsoft software is a great way for a hacker to gain entry into a secure network, as the outdated software doesn’t keep up with the security patches. Gamers might have a purpose-built PC for gaming, but if it runs an outdated OS, it’s only a matter of time before it becomes easy pickings. Not only can this affect PCs, but it can also affect consoles and cellphones. 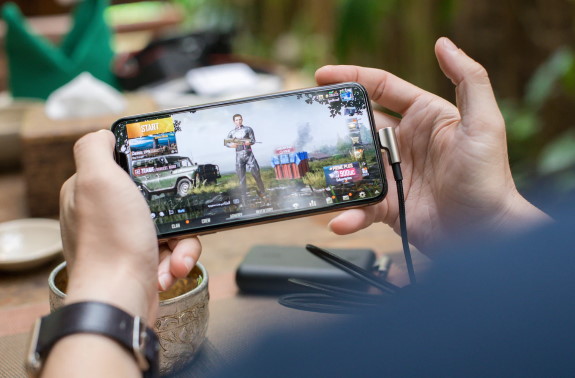