Posted on Thursday, Oct 22 2020 @ 17:04 CEST by Thomas De Maesschalck
A new report from research firm Slashdata takes a look at the biggest programming communities. Besides estimates of how many active programmers each programming language has, the report also provides an overview of what applications programming languages are most popular and least popular in.

C# has fared less well. “The fact that C# lost three places during the last three years is mostly explained by its slower growth compared to C/C++ and PHP,” the report stated. “C# may be sustaining its dominance in the game and AR/VR developer ecosystems, but it seems to be losing its edge in desktop development – possibly due to the emergence of cross-platform tools based on web technologies.” 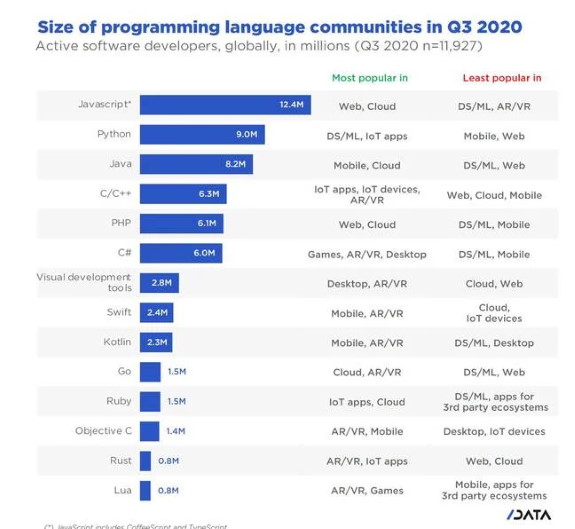