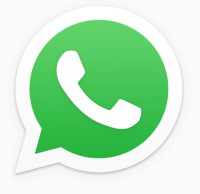 WhatsApp is one of the most widely used messaging services in the world and it's still growing hard. During Facebook's quarterly earnings call, CEO Mark Zuckerberg revealed that WhatsApp now handles close to 100 billion message every single day!

In early 2014, WhatsApp was being used to exchange about 50 billion texts a day, its then chief executive Jan Koum revealed at an event. At the time, WhatsApp had fewer than 500 million users. WhatsApp now has more than 2 billion users and at least in India, its largest market by users, its popularity surpasses those of every other smartphone app including the big blue app.

This year we've all relied on messaging more than ever to keep up with our loved ones and get business done. We are proud that @WhatsApp is able to deliver roughly 100B messages every day and we're excited about the road ahead.