Posted on Monday, Nov 16 2020 @ 12:44 CET by Thomas De Maesschalck
NEO Semiconductor's X-NAND technology won a Best of Show Award for Hardware Architecture at last week's Flash Memory Summit 2020 Best of Show Awards ceremony. The X-NAND from NEO Semiconductor promises to combine the cost benefits of QLC NAND flash memory with the performance of SLC NAND. The technology is expected to be ready by the end of 2021, full details at the firm's website.

"5G, robotics, virtual reality and AI applications demand the highest level of performance in order to meet the service level objectives of business-critical data center workloads," said Jay Kramer, Chairman of the Awards Program and President of Network Storage Advisors Inc. "We are proud to recognize NEO Semiconductor X-NAND product solution for providing an excellent high-performance solution that can uniquely lower the cost across all tiers of SSD technologies."

"We are delighted to receive this award in the world-famous Flash Memory Summit. It is a fantastic honor and achievement for the debut of X-NAND," said Andy Hsu, founder and CEO, NEO Semiconductor. "X-NAND architecture is a monumental breakthrough in NAND flash memory design. From SLC to QLC, each generation's NAND flash capacity has grown larger and costs have become cheaper, but its speed has also become significantly slower. This bottleneck for QLC NAND prevents its use in applications that require high speed performance. Our X-NAND architecture solves this bottleneck by increasing the planes of the array using the existing page buffer size, which increases the parallelism for read and write operations. As a result, X-NAND can achieve QLC density with SLC speed."

According to show organizers, a record number of award submissions were received this year making the judging challenging and each of the categories extremely competitive. 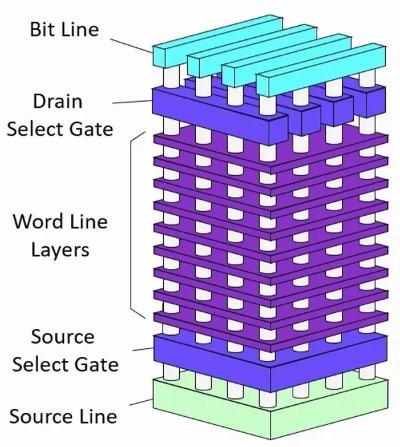