The changelog provided by MSI talks about enhancements for the AMD Curve Optimizer feature and optimized Re-Size BAR support for NVIDIA video cards. 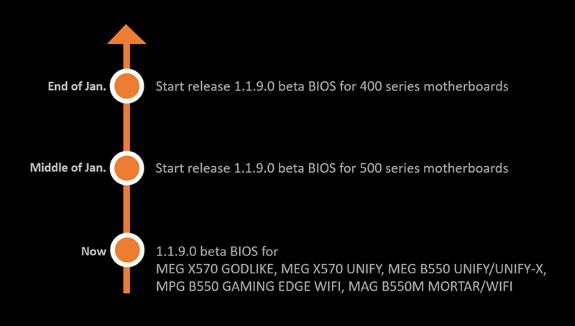