At this week's IEEE International Electron Devices Meeting (IEDM), Intel revealed some of the results of research into the stacking of nanosheet transistors. While this technology is still far from being production ready, Intel says it holds a lot of promise as it could essentially double the transistor density of future processors. Robert Chau, Intel senior fellow and director of components research, claims they came up with a "very practical flow with respectable results". Full details at IEEE Spectrum.

The scheme starts by using what’s widely agreed to be the next generation transistor structure, called variously nanosheet, nanoribbon, nanowire, or gate-all-around device depending on who’s involved. Instead of the main part of the transistor consisting of a vertical fin of silicon as it does today, the nanosheet’s channel region consists of multiple, horizontal, nanometers-thin sheets stacked atop one another. stacked nanosheet transistors

Intel engineers used these devices to build the simplest CMOS logic circuit, an inverter. It requires two transistors, two connections to power, one input interconnect, and one output. Even when the transistors sit side-by-side, as they do today, the arrangement is very compact. But by stacking the transistors and adjusting the interconnects, the inverter’s area was cut in half. 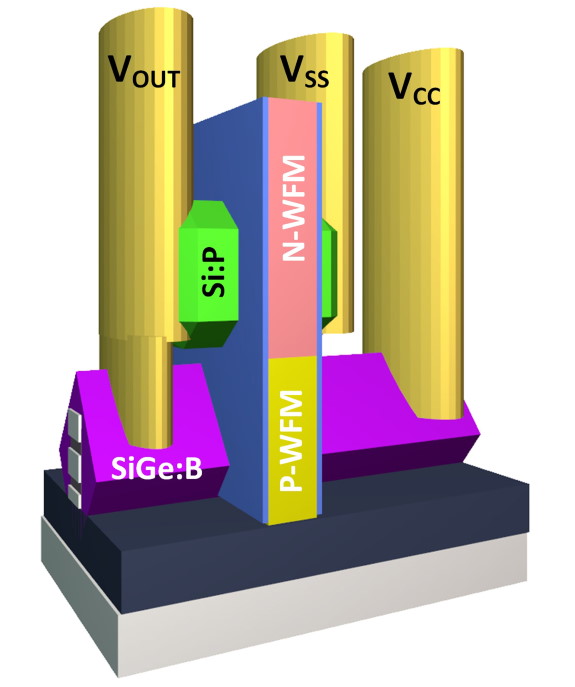