Another exclusive for VideoCardz, this time the site published world's first photo of an engineering sample of the NVIDIA GA106-400 GPU. A derivative of this chip will be used by the GeForce RTX 3060, which is expected to hit the retail market before the end of this month. It's the cheapest Ampere-based card to date but retail pricing may still be pretty high given all the shortages that are expected to persist for at least several more months.

This GPU pictured below is codenamed GA106-400, the actual full chip. NVIDIA was originally planning to launch RTX 3060 with 3840 CUDA cores but as we approached the announcement the manufacturer decided that RTX 3060 will use GA106-300 instead with 3584 cores. This is why the picture has a GPU labeled as 400 – it’s an early engineering sample, and also proof that this was the original configuration of the card. Do note that we also have a picture of GA106-300, and they look identical. 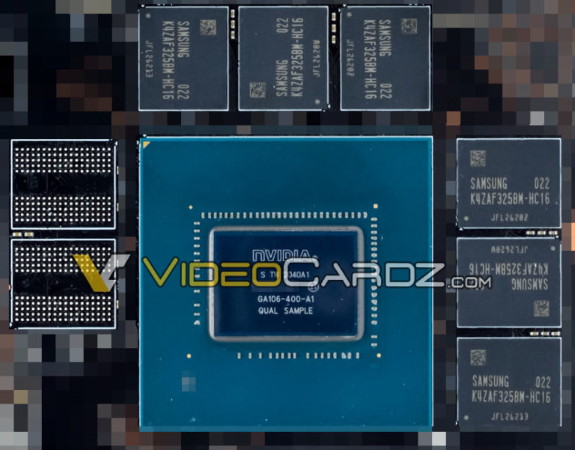