Posted on Tuesday, Feb 23 2021 @ 16:08 CET by Thomas De Maesschalck
Ahead of Thursday's launch of NVIDIA's GeForce RTX 3060 video card, VideoCardz managed to score a photo of the PCB of MSI's GeForce RTX 3060 GAMING X model. This variant has a dual-fan cooling solution with the Torx 4.0 fan design.

The RTX 3060 GAMING X is a fully custom card with some changes to the reference design. It's factory overclocked to 1837MHz Boost, which is a paltry 3.2 percent more than the reference clockspeed. MSI gave the card a 6+8-pin PCIe power connector configuration

The graphics card has 10 inductors with 6 power stages to the GPU and two for the memory. It is a slightly modified PCB compared to the reference design, especially around the power connectors (by default it’s a single 8-pin connector). The board is also slightly longer, but still not as long as the cooler itself. Thus, the secondary fan will push the air through the exposed heatsink.

Of course, the card uses the GA106 GPU in combination with 12GB GDDR6 memory clocked at 15Gbps. For this card, MSI uses six Samsung K4ZAF325BM-HC16, each chip has 2GB capacity.

Also important to note is that NVIDIA does not have a Founders Edition of the GeForce RTX 3060 so all reviews you will see on February 25 will be of custom-design models. 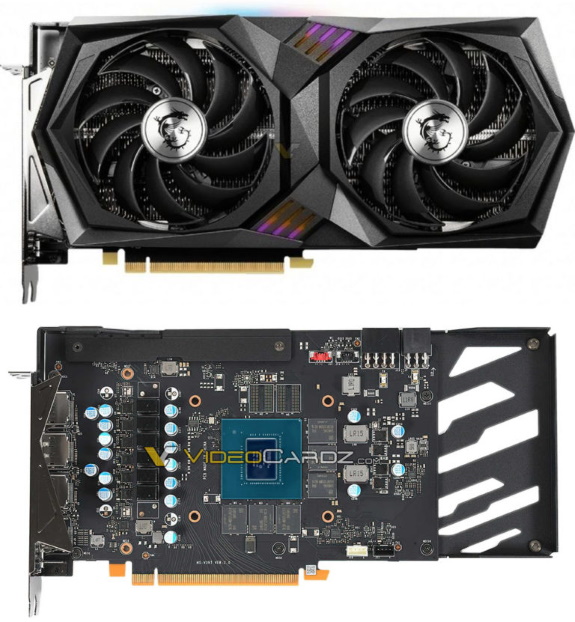