Sony CEO says Jobs is smarter with iPod and iTunes 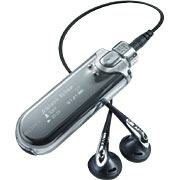 Sony's CEO Howard Stringer said yesterday in an interview that his company has made huge mistakes in the online music and digital audio player market and that Apple's CEO Steve Jobs ran this business a lot better.

In an interview for CBS' 60 Minutes, Mr. Stringer said "there is no question that the (Apple) iPod was a wake-up call for Sony. And the answer is that Steve Jobs was smarter at software than we are."

Mr. Stringer admitted Sony has spent too much time worried about its record division and made it too difficult for consumers to buy and copy music. "We tried to have a secure device and that was a myth and a mistake," he commented.

Read more over at Mac Observer.