I typically run at 8x166, which in MHz equals 1328. The Aeroflow had little problem with this speed, staying at about 50C under load. At 8x168, I was unable to boot past the POST, and the system kept locking up. In contrast to the Swiftech, which would hover about 48C at 8x166, and boot into Windows (though the system would still occasionally lockup) at 8x168. 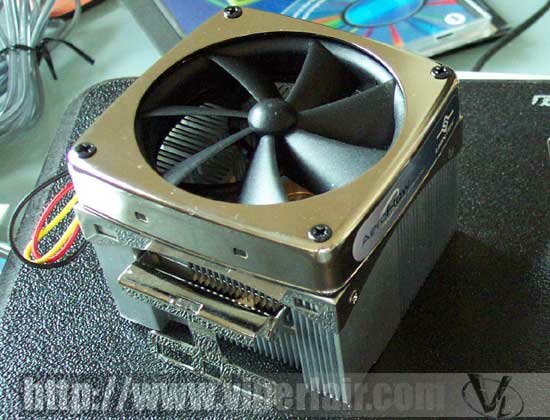