The subject of this week's review is the Tarantula keyboard from Razer. The company describes this as the ultimate keyboard for gamers - they say it's created for gamers, by gamers. The Tarantula is Razer's first attempt at creating a keyboard, in this review I'm going to take a look at whether it's worth your hard-earned money.

As this is the first review of a Razer product on DV Hardware, I'm first going to give you a little bit of background information. Razer is an American company that makes computer peripherals for gamers, they are best known for their computer mice, but they also have keyboards, mousepads and audio solutions in their product lineup.

The company was found in 1998 and they gained quite a lot of popularity with their Boomslang gaming mice.

After that we didn't see many exciting products from Razer for a couple of years, but in 2004-2005 they made a comeback with new optical mice for gamers. 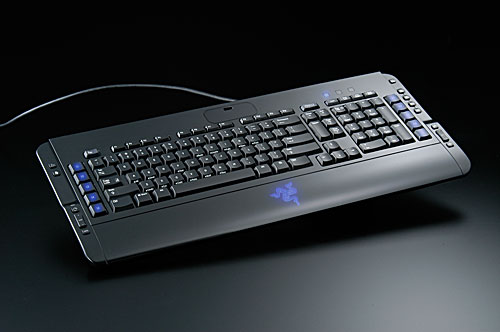 Razer seems to be fond of dangerous creatures. The logo of the company consists of green snakes and they have a habit of naming their products after dangerous snakes like the boomslang, copperhead, deathadder, ... For their keyboards they seem to be following a different naming strategy. As you probably know the tarantula is a spider, just like the reclusa (a Razer keyboard launched under Microsoft's brand name).

Here's a look at the features: As you can see the Tarantula is definitely not a standard run-of-the-mill keyboard.

The Razer Tarantula keyboard arrives well-packed in this beautiful designed box. When you get this box in your hands you immediately get the feeling that this isn't a cheap-ass product. The whole package was also a lot heavier than I expected. 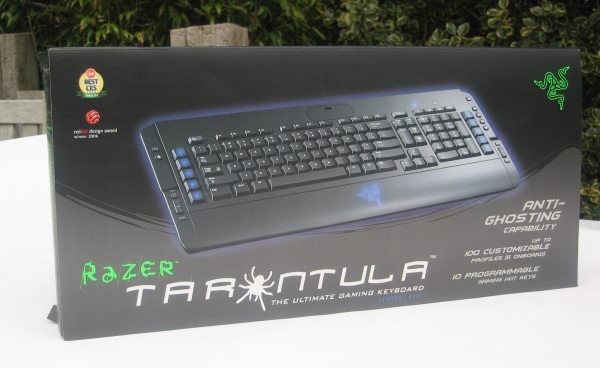 The front is held together with some velcro, you can open it to take a look at all the features and specifications. There's even a screenshot of the software and a see-through plastic window through which you can see the 10 extra keys. 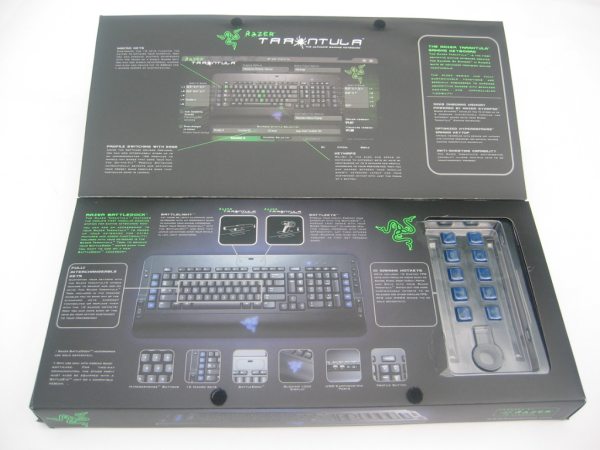