These days almost all computer components for enthusiasts get shipped with more and more cooling. A bit more than a decade ago one of the only components in your desktop PC that needed cooling was the processor and these heatsinks were only a fraction of the size of today's giant CPU coolers. Those days are long gone, today many enthusiasts buy huge copper CPU coolers that weigh a ton, motherboards with tons of copper, cases with lots of 120mm fans, and also memory modules with fancy cooling solutions.

A couple of years ago memory makers started selling memory modules with aluminum heatspreaders but these days you can already buy memory modules with relatively big cooling solutions like the OCZ FlexXLC series which features barbs for liquid cooling or the Reaper HPC modules which feature a heatpipe. These cooling solutions look pretty good and may improve overclocking performance.

The subject of this review is the OCZ Reaper HPC PC-9200 memory kit, this product is clocked at 1150MHz and is OCZ's fastest air-cooled DDR2 memory kit. It's available in a 2GB kit, runs at 5-5-5-18 timings with a voltage of 2.1-2.3V, and features the Reaper HPC cooling design. Basically, the copper heatpipe is designed to dissipate the heat of the memory modules to the fin array. The heatpipe contains a fluid that absorbs thermal energy and evaporates, the vapour then migrates to the fin array and releases the thermal energy. The vapour condenses back to a fluid, flows back to the hot area above the memory module and then the cycle will repeat itself again.

The Reaper HPC series uses heat pipe technology to rapidly remove heat from the main body of the memory modules and conduct the thermal load to the extended radiator fin array. The addition of the extended fin array nearly doubles the total surface area available for heat dissipation while the heat pipes warrant near isothermicity throughout the entire design. The result is a doubling in effective heat dissipation at equal delta t or, in real systems, a significantly lower operating temperature of the memory modules.

The following diagram illustrates how this works: 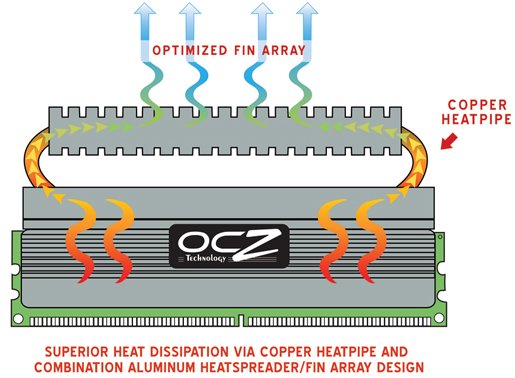 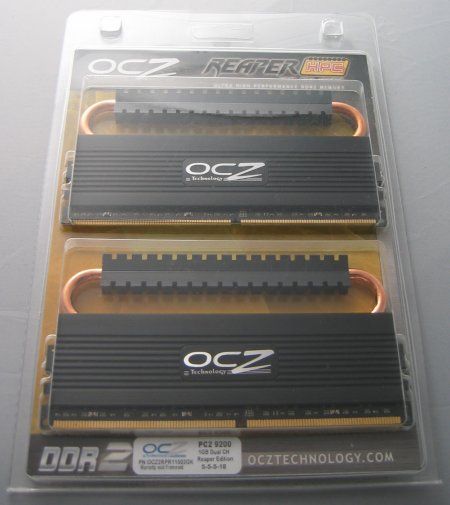 Here's a first look at the two memory modules. They have a black PCB, a black heatspreader with a quite big OCZ logo and a heatpipe with a fin array. The heatpipe and fin array increase the height of the memory module so make sure these modules fit before you buy them as they may cause clearance problems if you have a large CPU cooler. 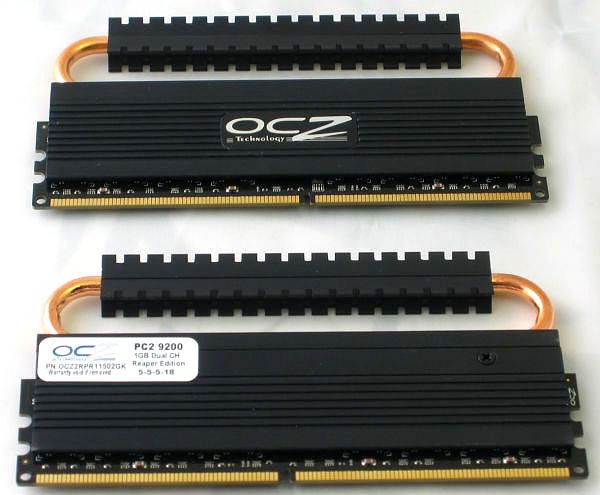 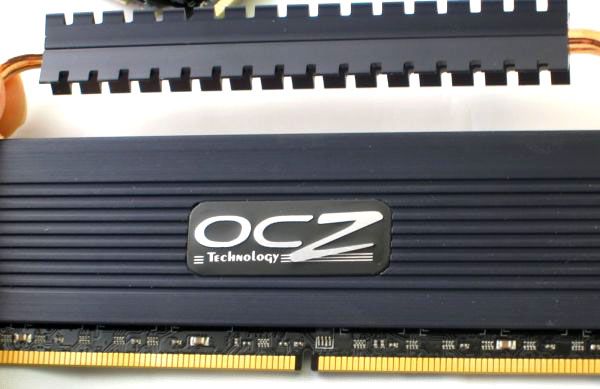 Here are the full specifications of the modules: 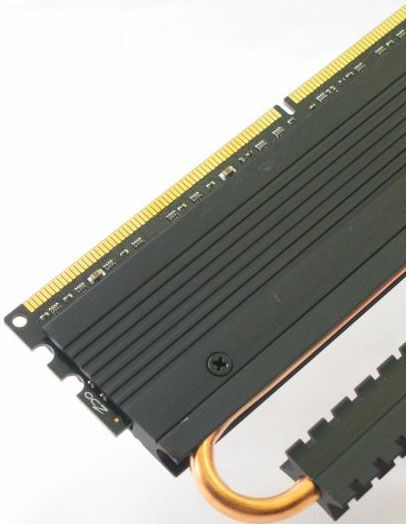 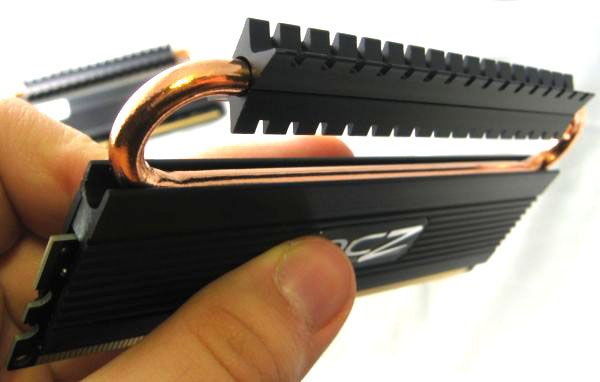 Head over to the next page for the overclocking and benchmark results.

Comment #1 posted by Anonymous on 2008-10-20 16:26:56
The cooling for this is virtually a mini fridge but with out the compressor in the cycle,condensed gas is allowed to expand in the evaporator,which in normal systems the cold returning gas is compressed ,so the cycle go's on.