With their new Destructor mousepad, Razer continues its tradition of naming products after animals. Their mice are named after dangerous snakes, their keyboards after spiders, and this new gaming mousepad is named after the Gigantiops Destructor ant. I've never heard about this creature but a quick search on Google learned me it's a tropical ant with large eyes that can be found in South-America.

The Destructor mousepad arrives in a shiny cardboard package with some pictures of the mousepad, the specifications and some recommendations from professional gamers. 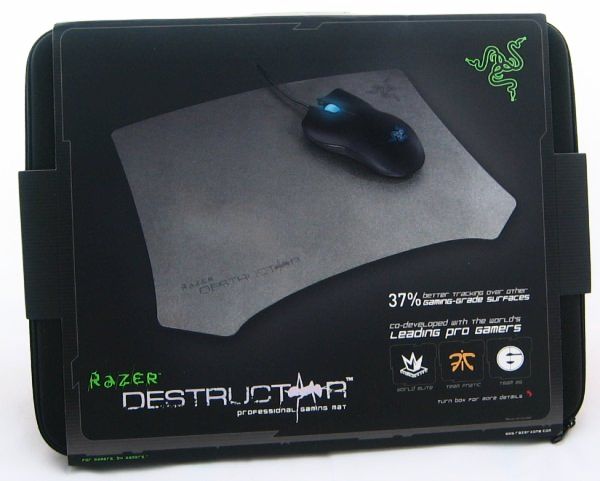 When I removed the cardboard I was a bit surprised, I knew the mousepad comes with a case but I didn't expect the case would be so luxurious. I've already reviewed a couple of gaming mousepads that shipped with LAN party travel cases but none of them were so good as this one from Razer. The protective zip case is colored in black and features a toxic green Razer logo, it's reinforced and if it were bigger it could be used to protect a notebook! It's a bit overkill but it's pretty cool. 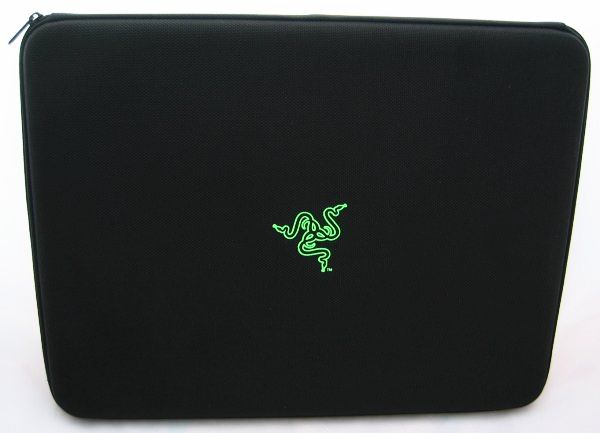 Inside the case is the mousepad, a certificate of authenticity, and a folder with some information about Razer's other gaming products. Most gaming mousepads include a piece of mouse tape these days but that isn't included with the Razer Destructor. That's not really a big problem though, regular tape works just as well and is a lot cheaper. 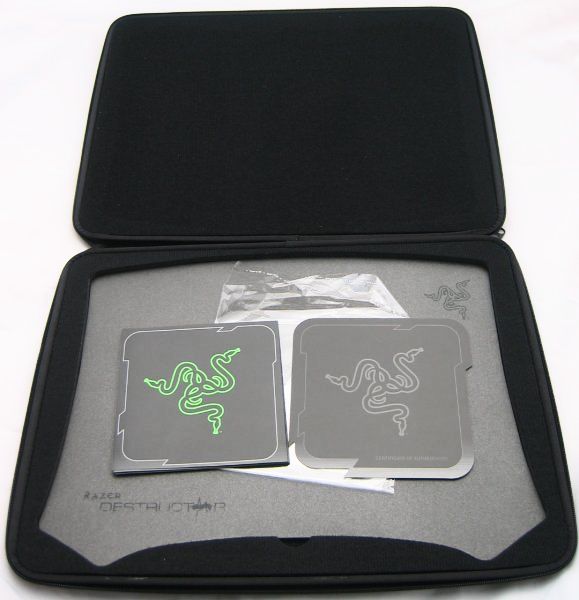 The Destructor has a quite unusual color, most gaming mousepads I've reviewed in the past were black but this one has a stylish dark-grey color. It's made out of plastic and measures 350 mm x 280 mm x 2.3mm, which's very similar to the size of most large gaming mousepads. 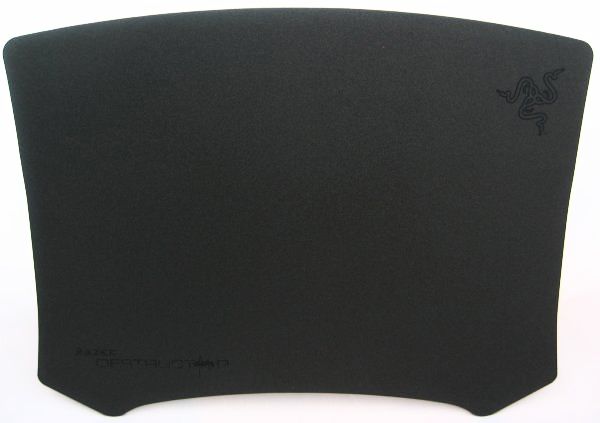 The mousepad has a large wrist rest area and all the other sides of the pad are curved as well. I don't really like large distracting logos on mousepads and fortunately, the Destructor and Razer logo in the lower left and upper right corner of the mousepad don't distract. The black logos on the dark surface of the mousepad don't stand out at all.

The surface is pretty smooth and features the Razer Fractal texture for enhanced precision movements. Razer says the Destructor has a textured gunmetal coating which yields a highly reactive surface with superior tactility, improved responsiveness and enhanced tracking. In tests conducted by Razer the surface of the Destructor had 37% faster tracking than the next-best gaming-grade mousepad they used in their test with a laser-based mouse and the surface was 25% better with an optical mouse.

The back of the mousepad features an anti-slip rubber layer that ensures that your pad won't accidentally slide over your table during a gaming session. 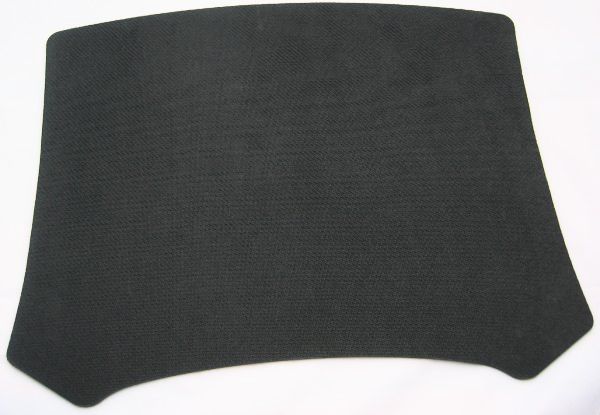 The next photo offers a closeup of the base, you can see that the rubber base is glued to the plastic top surface of the mousepad. The Destructor is only 2.3mm thick but it's very solid. 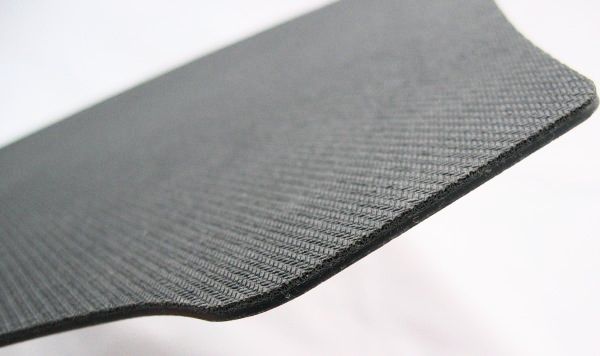 Testing and conclusion
I've been using the Destructor for almost a week now with the Logitech MX1000 and Logitech G5 laser mice and the optical Logitech V220 and I didn't encounter any problems with this mousepad. The Destructor provided smooth and precise tracking under all circumstances and there was little friction. The mousepad is large enough so you won't run out of mousepad surface during gaming and its build quality looks very decent.

I compared the Destructor to the SteelSeries S&S mousepad and to be honest I couldn't spot a major difference. Both mousepads are excellent for hardcore gamers but if I had to choose between the two I'd pick the Destructor, both mousepads have the same pricetag but the one from Razer has a much better carrying case.

All in all this is a great mousepad and I have no problem recommending it to you if you're willing to pay $39.99 for a mousepad. 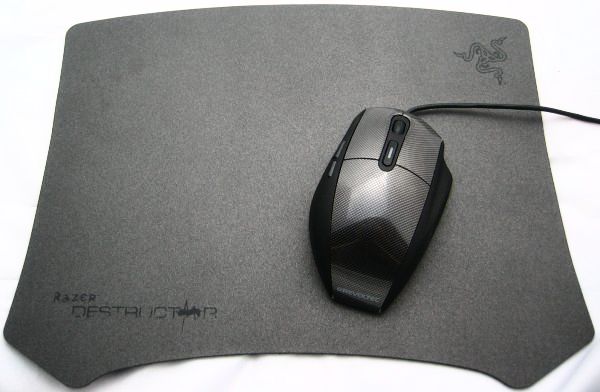 I give the Razer Destructor mousepad a 9/10 and I award it with DV Hardware's Editor's Choice award. 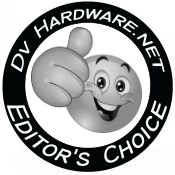