Until a couple of years ago disk storage was a pretty tame market, with two big players and a couple of smaller HDD makers. The differences in performance between comparable models weren't that big, and many computer enthusiasts felt that the HDD was one of the components in a computer that didn't really evolve at the same rate as other parts like CPUs or GPUs.

This changed with the large-scale commercialization of solid state disks, suddenly storage became exciting again and we saw an onrush of dozens of companies trying to gain marketshare in this relatively new market. After becoming one of the largest players in the DRAM memory and USB flash drives markets, Kingston joined the consumer SSD market in January 2009 by entering a partnership with Intel and managed to obtain a nice chunk of marketshare in this new, emerging market.

The HyperX 3K is one of Kingston's newer SATA 6Gbps solid state disks, it features the popular second-generation LSI SandForce SF-2281 controller and 25nm MLC NAND synchronous flash memory rated for 3000 program/erase cycles, hence the 3K in the product's name. Kingston's regular HyperX SSDs have higher-quality NAND flash memory with a p/e rating of 5000 cycles, so the HyperX 3K should be seen as a more budget-friendly version of the HyperX. A NAND memory cell wears out when it's written to and deleted gets deleted. The p/e rating provides a guideline for how many cycles a disk can go through before it becomes incapable of holding data. It sounds low but the endurance of the HyperX 3K isn't too bad, it has the same p/e cycle rating as most other consumer SSDs. Using very conservative numbers, the disk should easily last over eight years in the hands of most enthusiasts.

On the test bench today is the 240GB model, it's total capacity is 256GB but 16GB is used for overprovisioning. On the product box, Kingston promises read speeds of up to 555MB/s, write speeds as high as 510MB/s, and the technical specifications reveal it has a maximum 4k random read performance of 86,000 IOPS and a maximum 4k random write performance of 60,000 IOPS. Kingston provides three years of warranty and free technical support. 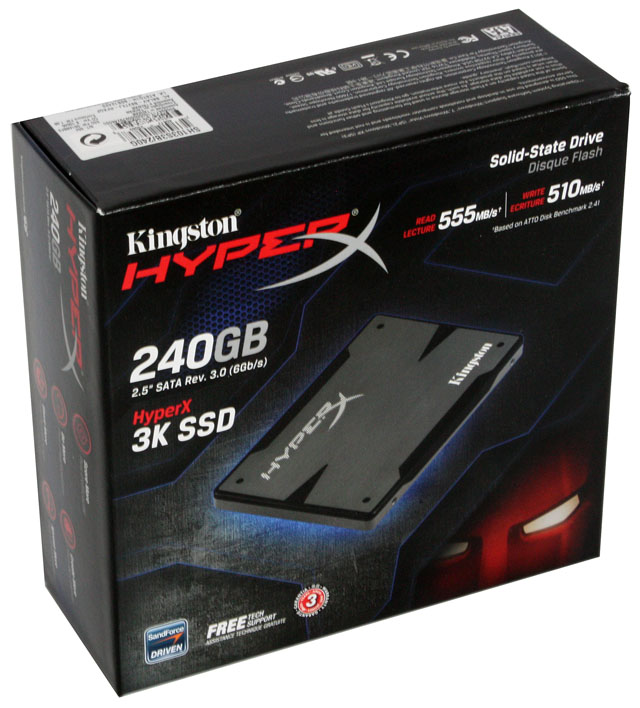 The version of the disk I received is upgrade model, it's $10 more expensive than the stand-alone SSD but contains many extra goodies. Upon opening the box, I was greeted by a rather unpleasant chemical smell from the foam that protect the SSD during shipping. The HyperX 3K measures 69.85mm x 100mm x 9.5mm and weighs a mere 97g. 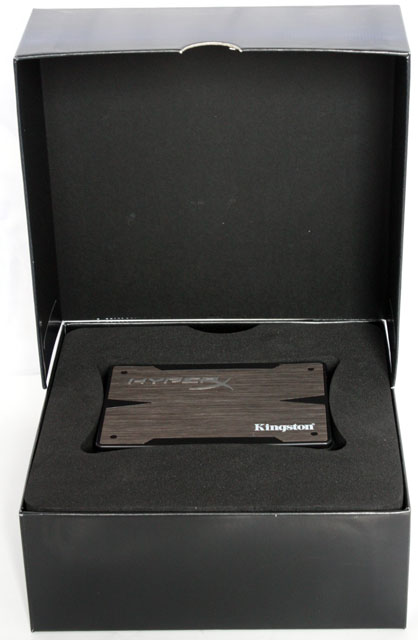 This 2.5" SSD looks very pretty, it's largely made from aluminium and has an impressive brushed aluminium front design. 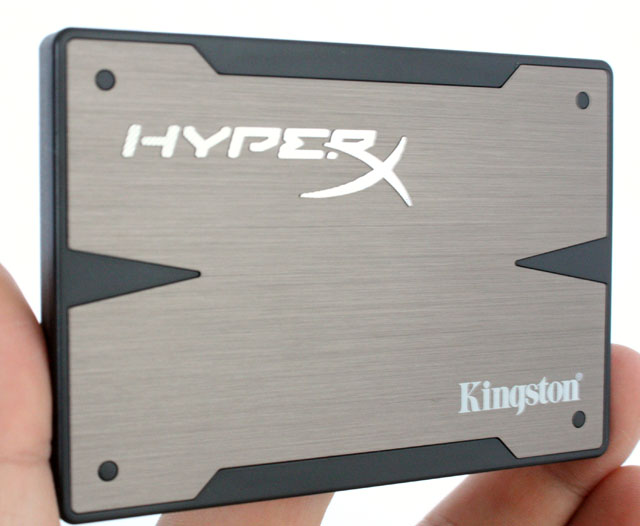 The rear side features the usual SATA power and data connectors. 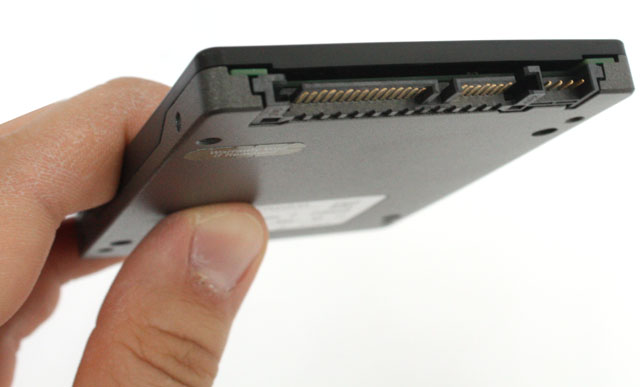 Specifications: I tried opening the disk to take a look at its internals but found out that even my smallest Torx screwdriver was too large for the screws used by the HyperX 3K, the smallest I could find was a T8 and I think the 3K uses T6 screws. Inside the disk should be synchronous 25nm NAND flash memory from IMFT, a flash memory joint venture between Micron and Intel. The 240GB disk houses 16 NAND memory chips with a capacity of 16GB, it has an endurance rating of 3000 program/erase cycles and a Total Bytes Written (TBW) rating of 153.6TB.