Cougar made its debut in 2007 and quickly became a recognized name among computer enthusiasts. The German firm primarily focuses on cases, power supplies, and fans, and this is the first time we'll be taking a look at one of Cougar's products at DV Hardware. The focus of this review is the Cougar Spike, a mini-tower case designed for gaming-oriented Micro-ATX builds. Priced at $39.99, this is a low-budget case that promises relatively great expandability in a space-saving design.

To save costs, Cougar kept the design of Spike's cardboard box relatively simple. The box is surprisingly small if you're used to mid-tower cases, and also very lightweight. The case itself is protected by two styrofoam spacers to prevent damage during shipping and wrapped in a plastic bag to prevent scratches. 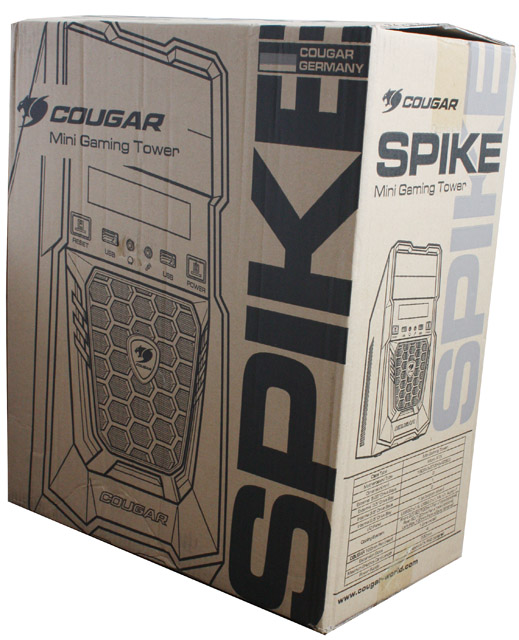 This mini gaming tower is made from steel and has an all-black design. It measures 180mm x 370mm x 425mm (W x H x D) and is very light, it weighs a mere 3.6kg. The front of the case is made entirely from plastic, it distinguishes itself with a large honeycomb-shaped vent for an optional 80/90/120mm front fan. Other than that, the front has two 5.25" drive bays, one external 3.5" drive bay and an I/O panel. Despite being a lightweight budget case, the overall build quality of this case feels pretty good. It may not have the prettiest looks, but it feels quite sturdy and flimsy is not one of the words that comes to mind when you touch the thick plastic elements of the front panel. 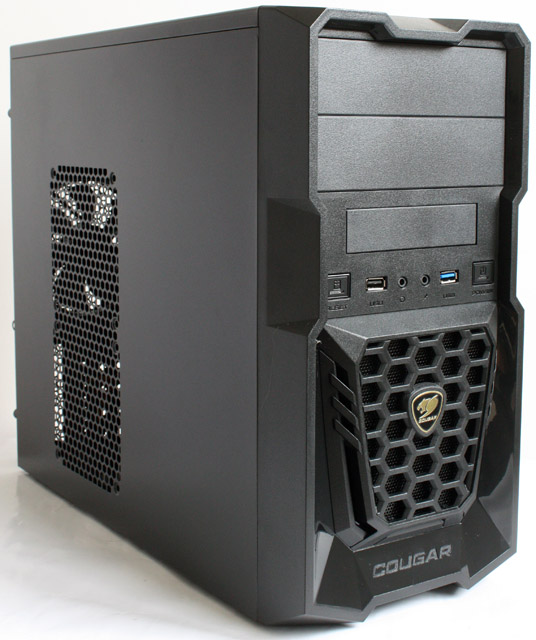 Features: While a lot of cases tuck away the I/O panel at the top of the case or behind a door, Cougar chose to implement it smack in the middle of the front panel. You get one USB 2.0 port, one USB 3.0 port, and HD audio ports. The reset and power button have the same shape and size, but fortunately they're spaced far enough from each other. The power button has an integrated power LED, while the reset button doubles as a HDD activity ED 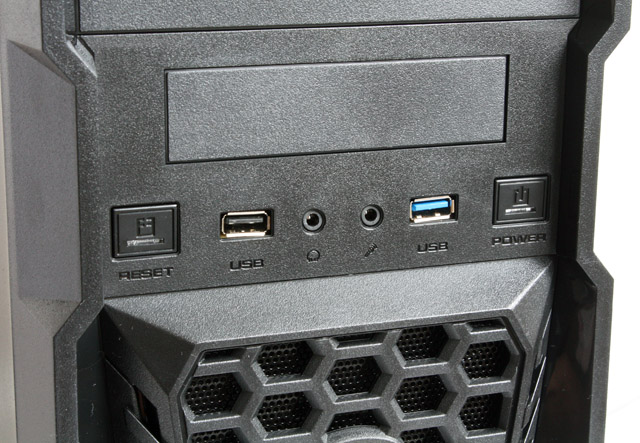 The left side panel of the Spike features a large, rectangular vent that can be used to install up to two optional 120mm fans. A dust filter is not included. 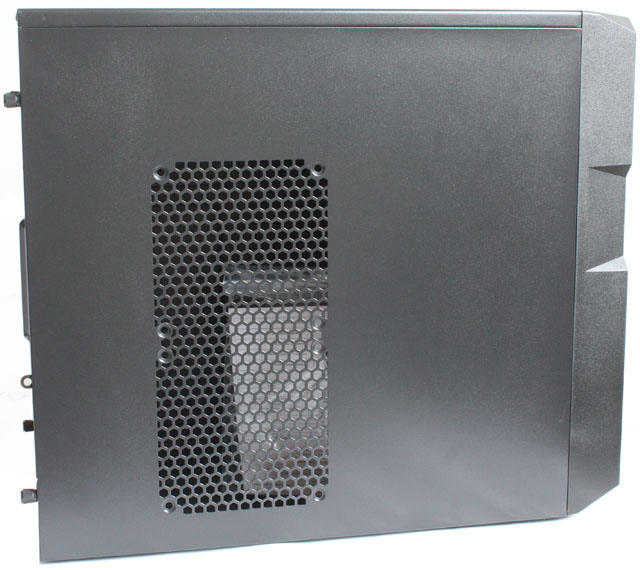 The rear shares the same black color scheme as the rest of the case. You can see that both side panels are secured to the chassis with thumb screws, and that there's a large honeycomb-shaped vent for the included 120mm fan, as well as a smaller, rectangular vent in the lower right corner. 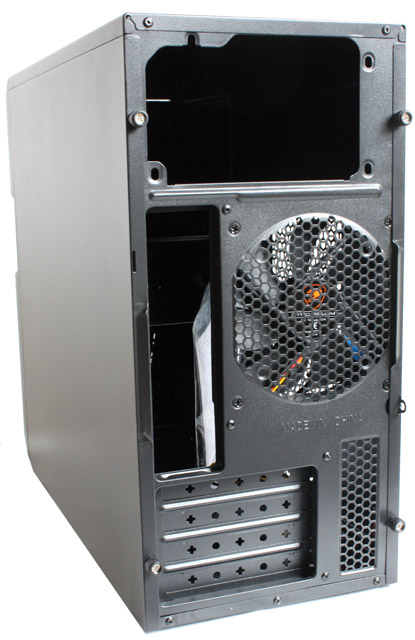 Save the somewhat aggressive look of the front panel, the design of the Spike case is rather unexciting. 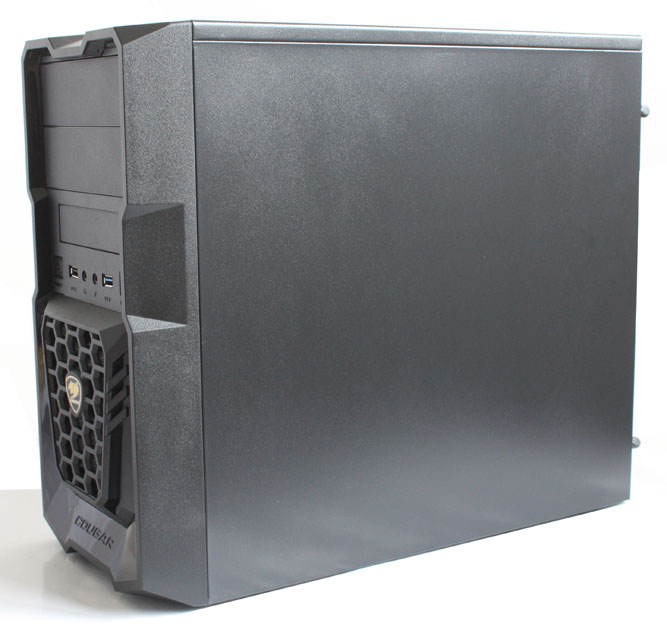 Nothing special to see here, the top of the case is a flat sheet of metal.

Flipping the case around, we can see the mounting holes for an internal 2.5" SSD as well as four really tiny feet. 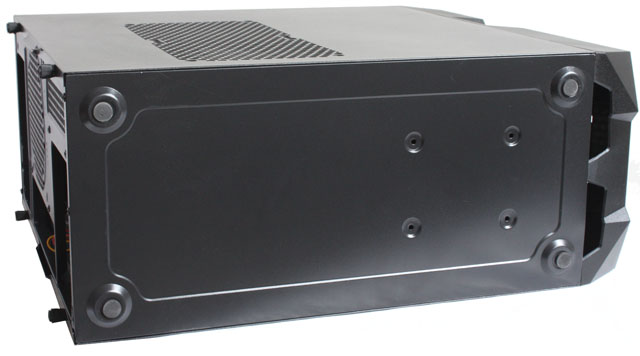