Zooming in on the left side of the keyboard, you can see the eight dedicated macro buttons. Left of the keyboard are five M-keys, and there are also three "Thumbster" keys that are easy to reach with your thumb. The caps lock key provides access to Easy-Shift[+], a feature that enables you to assign a second functionality or macro to 28 keys. This includes the eight dedicated macro buttons as well as twenty keys in the WASD area, you can access this second functionality the same way you type an uppercase letter. By taking advantage of Easy-Shift[+] in combination with the five profiles you can program up to 180 macros, more than you'll ever be able to remember. 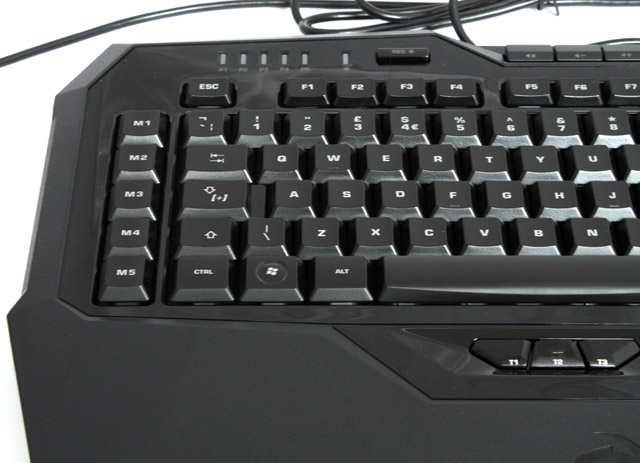 A further closeup of the left section reveals the profile LEDs and the recording key. The software lets you define up to five profiles and the LEDs in the upper left section of the keyboard give a visual indication of which profile you're currently using. You can also see the recording button in the image below, this is a really cool feature that enables you to record macros on-the-fly. To start recording, simply press the REC button and assign a macro key (like M1). When you're done recording, press the REC button again to save the macro. During the process, the record LED will blink to confirm it's recording. 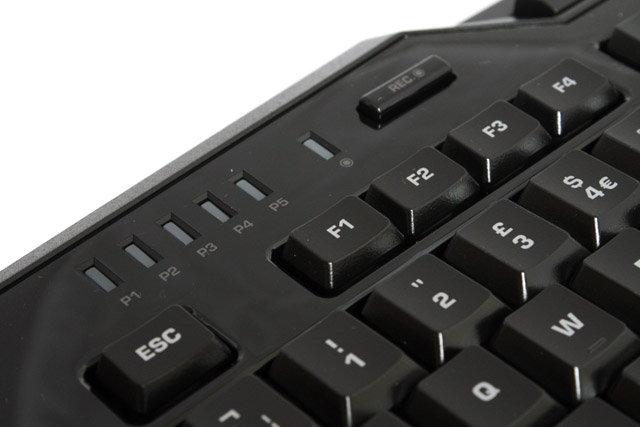 Near the middle of the keyboard are the so-called thumbster keys, these three macro buttons are designed to be operated with your thumb, but they take a bit too much force to actuate IMO. Below is the extra-large wristrest - which can't be removed. The wristrest has a somewhat granular feel and carries a large ROCCAT logo. 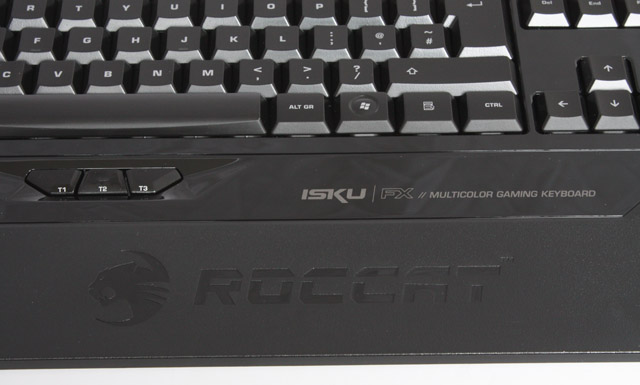 The top section of the keyboard features a row of media keys. From left to right you have a mute key, volume control, play/pause, previous track, next track, a browser startup button and a My Computer key.

In the upper right section, we have the usual indicator LEDs (caps lock, num lock, scroll lock), as well as the illumination control button. As mentioned before in this review, one of the special features of the Isku FX is its 16.8 million color LED backlight. The illumination button lets you turn the backlight on/off, and enables you to rotate between five brightness levels. Picking a different color has to be done via the keyboard's software. You can also see the Roccat TALK logo, this feature enables you to use the keyboard's Easy-Shift[+] button for both the keyboard and a supported mouse, like the Roccat Kone XTD. Additionally, Roccat TALK also has a feature called Easy-Aim, it instantly optimizes the DPI setting on your mouse after pressing a specified key on the keyboard. This can come in handy to increase your sniper efficiency in first-person shooters. 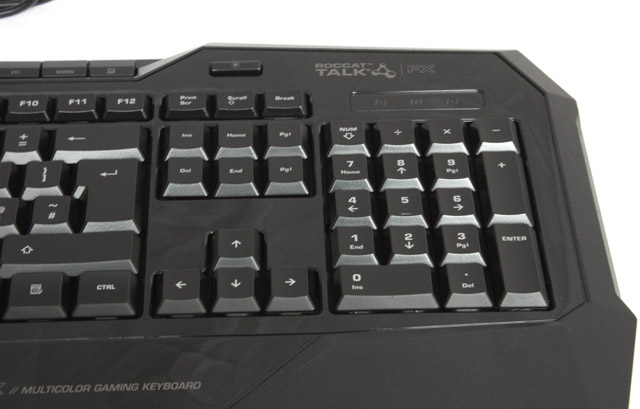 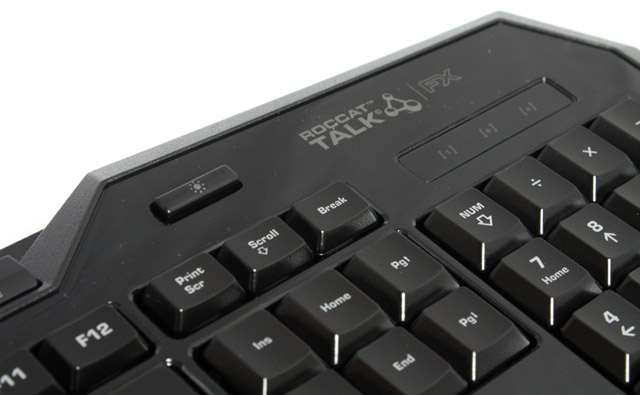 The keyboard is gently sloped, the front has a height of 10mm and the back height is 32mm.

Raising the two standoffs on the back increases the height by another 10mm, resulting in a total of 42mm. 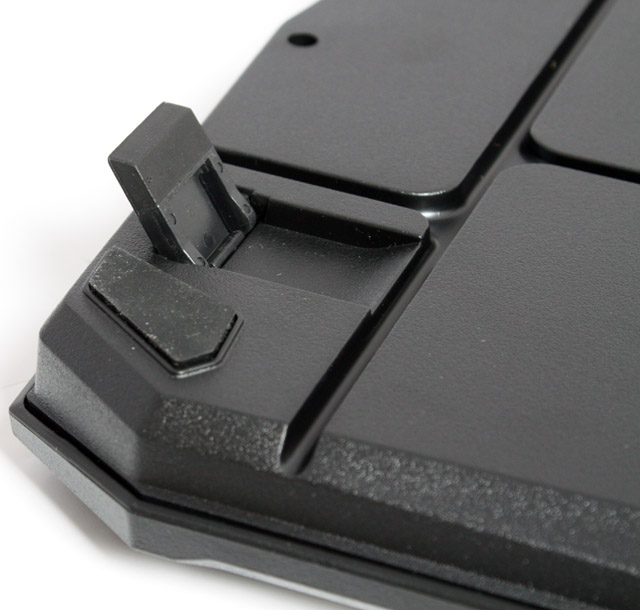 The back of the Isku FX features several rubber pads to prevent the keyboard from sliding on your desk. You can also see that there are several grooves in the keyboard, these can be used as a cable management system for the USB cable. 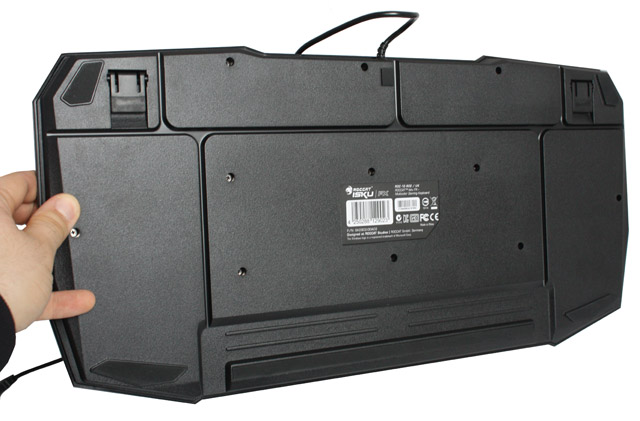