Asus released an excellent motherboard for gaming in 2018 with a price tag of only $120, making it one of the most logical choices for gamers on a budget. Interestingly, despite the low cost, it has been identified as one of the best motherboards for the AMD Ryzen 7 3700x; one of the most popular and successful processors available at the moment. The mobo looks good and it comes with plenty of features – except for a few missing things like M.2 heatsinks or Wi-Fi. But before we decide whether this motherboard is a good choice for your new gaming PC or not, let’s take a look at it and put it to work.

In our Asus ROG Strix B450-F Gaming Motherboard Review, we will see what this motherboard offers, and we will look at its specs, software, benchmark results before drawing a conclusion. 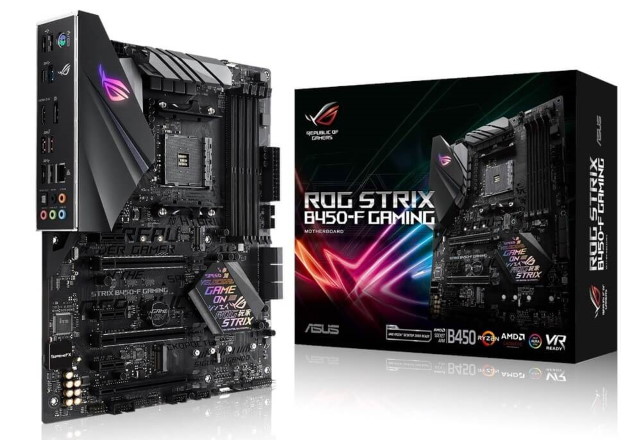 The motherboard has 6+2 phase VRM and supports all Ryzen processors. The Asus ROG Strix B450-F Gaming has features based off its bigger sibling, the X470 board. Here are the full specs.