As you can see in the pictures the Noctua NH-U12F is a pretty big cooler. It supports a big 120mm fan and has a huge surface area to quickly dissipate all the heat that your processor generates. Besides the NH-U12F, Noctua also has a smaller NH-U9F cooler which uses a 92mm fan. 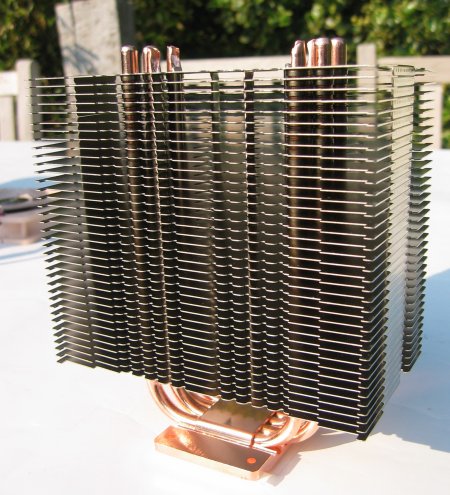 The 38 fins of the NH-U12F are entirely made out of aluminum. That's probably a good thing as the heatsink already weighs 790g (with the fan). This is quite heavy for a CPU cooler but according to Noctua's FAQ the high weight doesn't pose a danger for the CPU or the socket:

Is the high weight dangerous for the CPU or socket?
No. Noctua NH-U coolers possess an extremely reliable mounting system. Even transporting the pc with the cooler installed is entirely safe. Thanks to the screw connection with the backplate on the rear side of the motherboard, the exceedance of the weight recommendations by Intel and AMD common among high-end coolers is completely unobjectionable.

As you can see on the photos the heatsink features four large U-shaped heatpipes. The top of the CPU cooler features Noctua's owl logo: 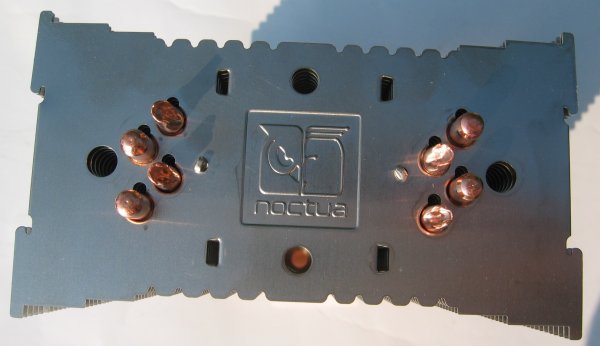 Here are a couple more pictures of the heatsink. 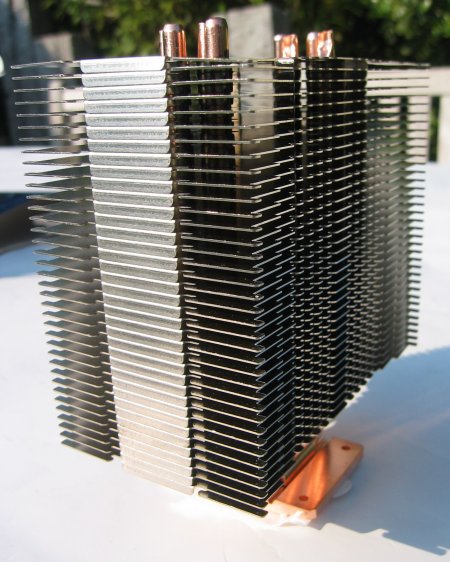 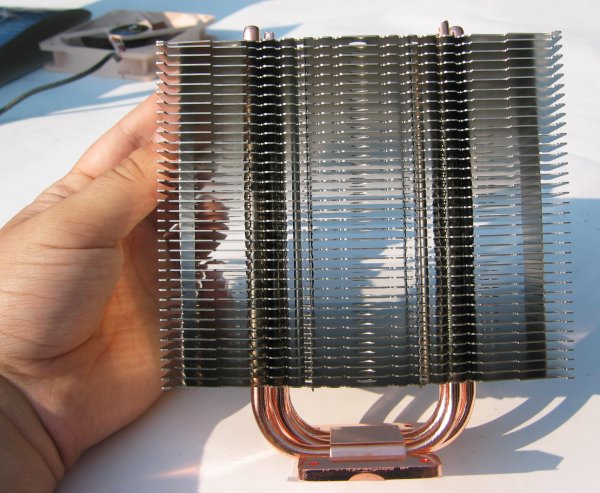 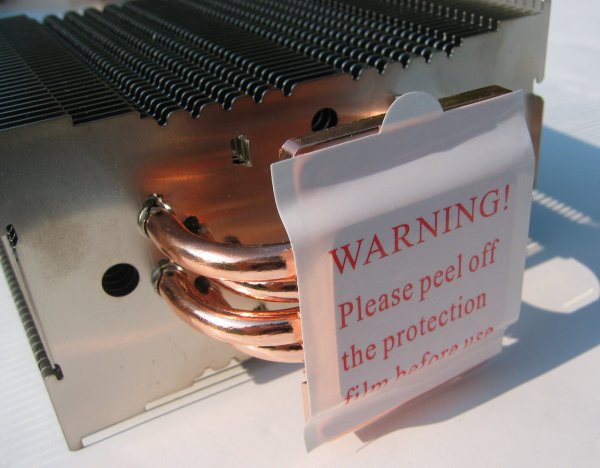 The base of the NH-U12F is made out of copper for optimal cooling performance. It's protected by a plastic film to keep the base clean during transport. 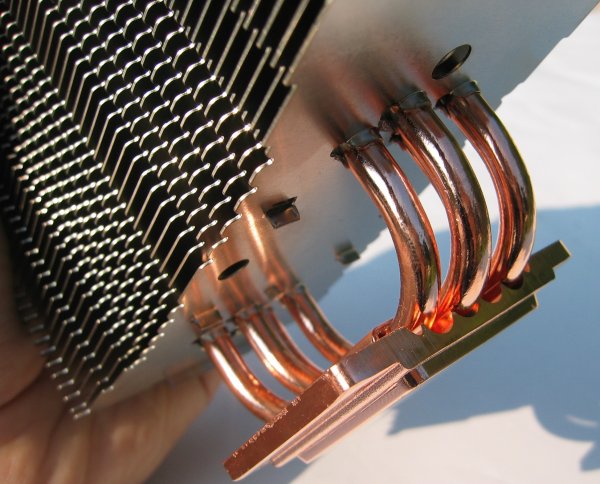 As you can see in the next picture the base is pretty reflective. It's not mirror-like but the base is really flat. According to Noctua, there's a pretty good reason why they don't give the heatsink a polished mirror-like finish:

Bearing in mind that the majority of today's PC enthusiasts use high-viscosity thermal compounds, the bottom-surface of the NH-U coolers is optimized for the use with this type of thermal pastes. The micro-grooves on the surface of the NH-U coolers' base ensure that high-viscosity thermal compounds are dispersed to a uniform thin layer across the whole contact area and that no air pockets remain between the cooler and the CPU. With a polished, mirror-like surface, the risk of uneven dispersion is much higher. As too thick layers of thermal paste and air pockets drastically deteriorate heat transmission, the micro-grooves are is of vital importance to the overall cooling performance of the NH-U coolers when used with today's high-viscosity thermal pastes. 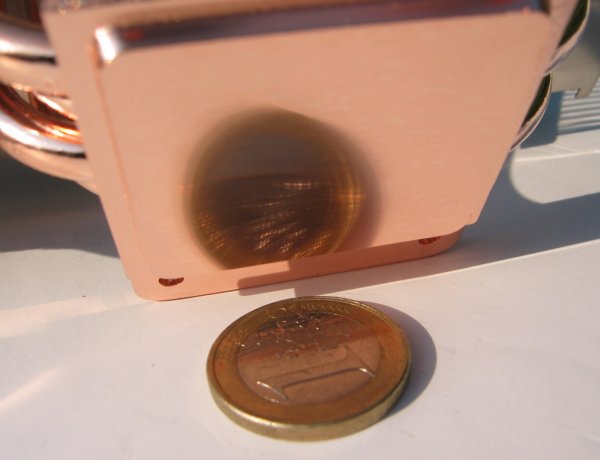 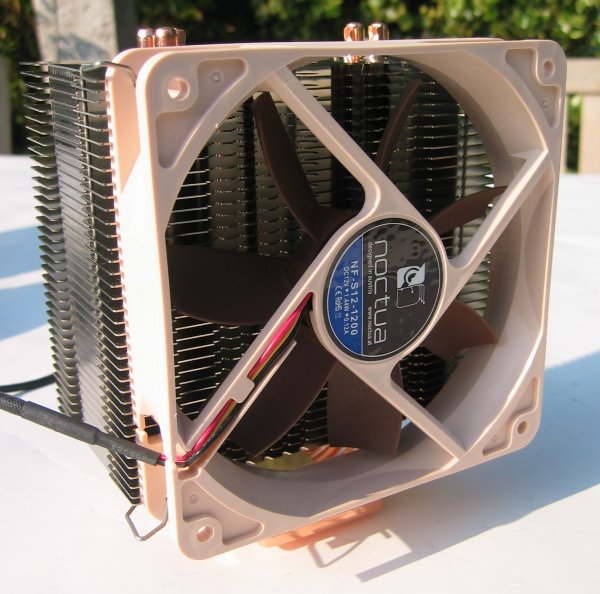 Head over to the next page for the installation of this heatsink.