In September OCZ Technology released two new processor coolers for the latest AMD and Intel processors: the Vanquisher and the Vendetta. Both are pretty compact and affordable coolers which should do a good job at keeping your processor cool. In this review, I'm taking a closer look at the OCZ Vendetta HSF to see how good this heatsink cools.

There's no reference on OCZ's website why they called this heatsink Vendetta but I think it could be an homage to "V for Vendetta", a pretty inspiring movie (and also a comic book series) about freedom which was released in 2006. The main character in this movie is a freedom fighter which is known as "V", a letter that is somewhat prominently featured in the design of the Vendetta heatsink.

The heatsink features a folded V-shape macro-configuration of the aluminum fins which increases the surface area of the heatsink. The design of the heatsink is also inspired by the Xigmatek HDT-S1283 cooler as it features three large heatpipes which make direct contact with the base of your processor.

Here's a look at the retail packaging of the OCZ Vendetta. The cooler arrives in a blue box and is protected by lots of foam. 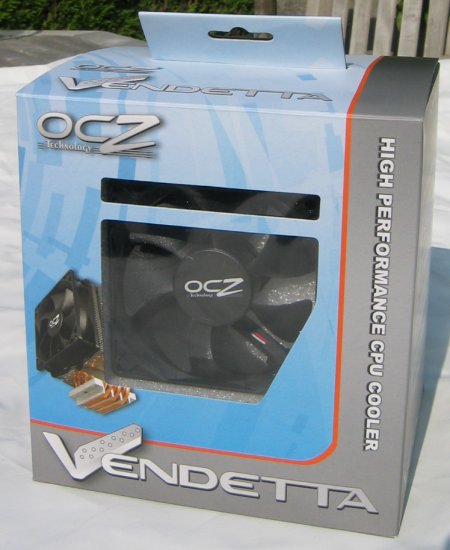 Inside you'll find the heatsink, a 92mm fan, a short manual and mounting tools. 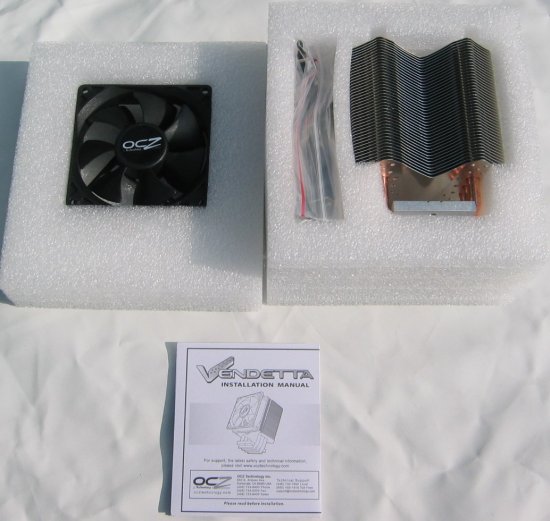 Before we move on to the cooler here's a look at the mounting hardware. There's mounting equipment for the AMD 754/755/939/AM2 and Intel LGA775 processors, four rubber connectors to mount the fan to the heatsink, a small bag with thermal compound, two screws for the LGA775 clips and an adapter to connect the fan to a Molex connector if you don't have a 4-pin fan header on your motherboard. 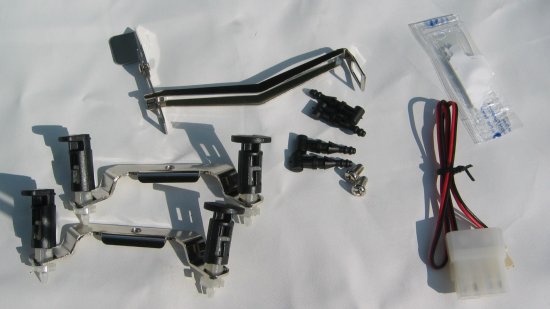 First lets take a look at the specifications: When I unpacked the cooler one of the first things I noticed was the size of this cooler. It's pretty compact and fairly light compared to some of my previous coolers like the Noctua NH-U12F HSF. That's a good thing if you don't have a lot of space in your case but it also worried me a bit about how well the cooler would be able to dissipate heat compared to the bigger heatsinks which can fit 120mm fans. 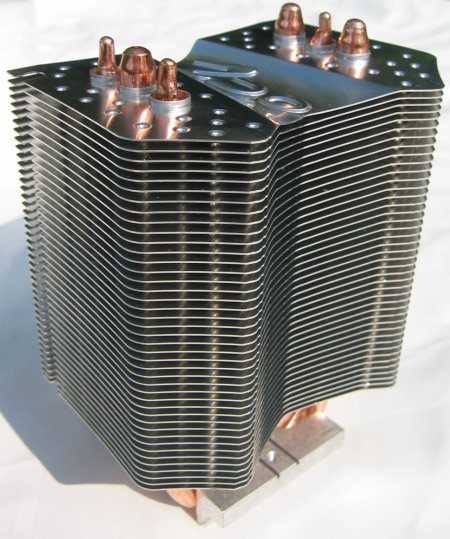